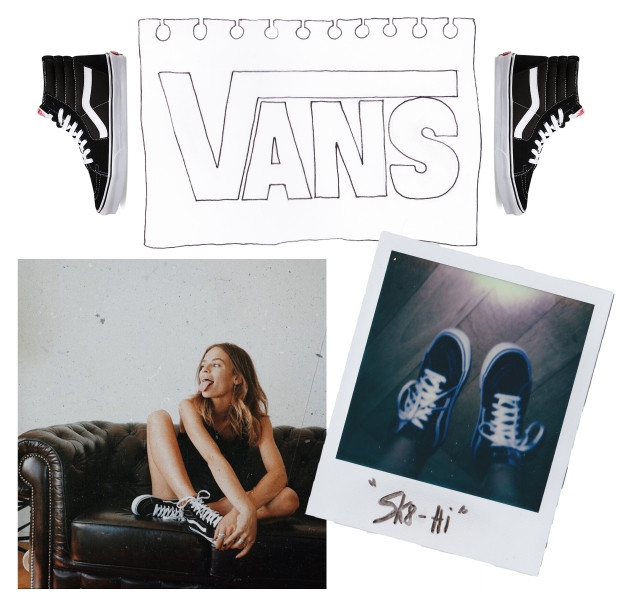 I bought my first pair of VANS ( style: authentic navy) back in 2010 or 2011 and I still own that pair. They’re looking a little rough these days, but they have stories to tell. They made it through six months of backpacking all around Southeast Asia and in general five years among other things and they are still going strong. By now I own 8 different pairs of VANS because they hold so long. Yes, they are my go to shoes. It doesn’t matter if it is summer or winter. They fit with everything! I own a couple of sneakers, but to be honest, my VANS are the only ones that I wear regularly. They have effortless style, especially when they are a little dirty. Sometimes I longboard around and can really feel the amount of love and care they have put into making arguably the worlds best skate shoes. 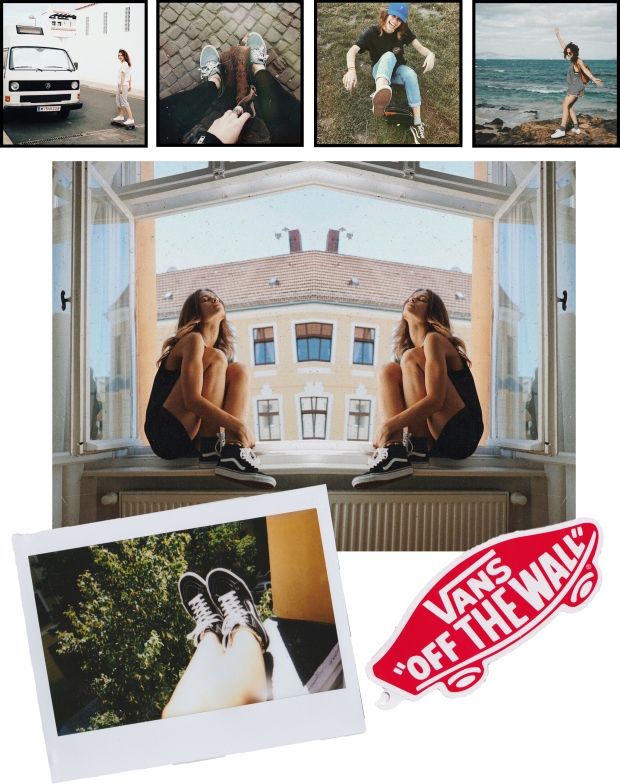 Paul van Doren, Jim van Doren, Gordon Lee, and Serge D’Elia opened up the first  Store 1966 in California. Back then it was named The Van Doren Rubber Company. The first ever model they brought out was the “authentic”. Many famous models like the “slip on”, the “old skool” and the “sk8-hi” followed. Little side information: The sk8-hi was actually the first shoe to be specifically designed for skating. Today the shoes and clothes are not only worn by skater, they have become trend pieces and Vans collaborated e.g. with Disney, Star Wars and Kenzo to bring the customer limited edition styles.

From the 02nd – 4th of September VANS is attending the #breadandbutter16 by Zalando trend show, by presenting workshops from House of Vans.  There will be a lot of DIY action going on, because they teamed up with Rosy Nicholas and Swarovski, so we will see some sparkly things, screen printer Lilli Cowley Wood, who is going to print retro Vans designs on to longsleeve shirts and they will also have The Braid Bar, which I find super and will definitely be visiting.

Sounds super exciting, so come on, drop by, I would love to see some of you! You can get tickets HERE :)